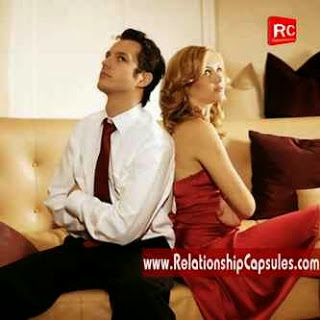 Well some men would go on a date with you but you still need to watch if they would be committed or not. Have you ever wondered if there are guys out there that simply will not marry you? Are there certain men from whom you
should just stay away because chances are, the relationship is going to be an exercise in frustration for you? You are not alone — many women think about this all the time. And yes, there are certain types of men that you should
just plain avoid because if you were playing the odds, the odds say these guys are just not going to seal the deal with you. Here are 10 types of men that I, would recommend you steer clear of:

1. A Man that is still hung on his ex: We have all been out with this guy. He says he is over his ex, yet at every turn, he talks about her and compares you to her. Please. He is not over her and until he is over her, he is not marrying you.

2. A Man That Wants A Normal Relationship:
This is the guy who dates a lot and then when he gets too close or decides he isn't interested in you, he uses the
excuse that he's not ready. The question about this guy is this:
"Is he really not ready, or is that just a convenient excuse to dump you and avoid the commitment?

3. Mr Never Satisfied: You know this guy. He is the one who likes you a lot but is always wondering if there is a better version of you out there, somewhere in the universe. Honestly, do you need to be with the guy who is never going to think that you are good enough to marry?

4. Mr. "Still Trying To Figure Out His. Career": If he is 40- plus and having a mid life work crisis, believe me, he is not
going to marry you. Men need to be settled in their careers or at least know which direction they are headed on the career front before they can settle down. Well, even if he marries you, he would still be more concerned on his career until he feels fulfilled.

5. Mr. "50-Something And Never Been Married": This guy is lurking everywhere. He is 50-plus and never married, yet he will swear to you that he is ready. When you ask him why he is still single, he will tell you it's because he hasn't met the right one. Then the question becomes that if he hasn't found her in the hundreds of women he has dated before you, what is going to make you so special that you are going to be his one? Probably nothing.

6. Mr. "Doesn't Believe In Monogamy": This guy thinks he can never be contented with one person, but most people will say he is just looking for an excuse to cheat. Do you really want to be with a guy who tells you upfront that he won't be faithful? Some men tell their fiancées that they can never marry one woman , he is serious about it so don't think you can change him.

7. Mr. "All About Me": This guy is all about himself, 24/7, 365 days a year. Sharing your life with someone is hard
enough, so do you really want to sign up to be with someone who is so into himself that they will never even notice you, your wants and your desires?

8. Mr. "My Kids Are The Only Thing I Care About": This guy is a tricky one. When you first meet him, he is endearing because you admire how dedicated he is to his children. You
think to yourself that you would like to be with a man who is that responsible. However, then you start to see that he doesn't have any room for you at all because he is only about the kids.
If you are going to be with a man with kids, he needs to want to find a place for you, front and center, in his life at least some of the time.
9. Mr. "Dates Other Women Who Mean Nothing To Him": This guy is really a commitment-phobe in disguise. Why does he need to date women who mean nothing to him if he is dating you and you supposedly mean something to him? You do the math.

10. Mr "I Don't have time for God": This is a very dangerous kind of man. If a man doesn't have time for his creator, how can he possibly have time for you. Why end up in misery with a man who won't help you In making heaven. What is the point then?

Think well before you go into the court of marriage.