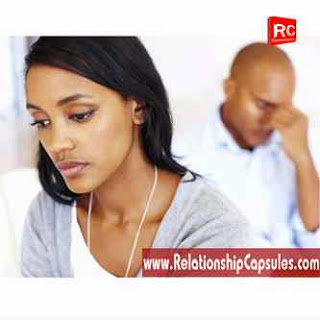 Love is a feeling that cannot be understood but yet some people exchange it for another. Some people can be in lust and still think they are in love.

Guys fade out because of some ladies who change in time and don't have something more to give. The fault lies in the hand of the men and ladies.

So many men out there keep claiming to be in love yet break ups keep coming up. Some relationships are struggled for but yet ended in no time.

These are some reasons why guys fade out of love easily:

1. Getting Attracted By A Physical Thing:
Sometimes when a guy meets a lady for the first time, he would be attracted and have some obsessive feelings for her, its not love. Its just the attraction you felt. Love is not an everyday feeling that everyone just feels like that. Love is deeper than the shallow act we give it. Its unconditional. If a Man feels he is in love while it is lust, he might opt out after a while. A man may like a lady because of her dressing, how she walks or talks, her beauty etc but a lady needs more than this to keep her man.

2. For Pleasure Reasons:
Some men are after sex or your money. They would assume its love , get what they want and get tired of you. Someone once told me he was attracted to a lady because she was beautiful and now that they have had sex, he is not into her anymore. Like why do people use love as a means to an end. If you want sex, just say it out or go to a motel, why toy with the heart for such purposes.

3. When The Lady Isn't Giving What Is Expected:
Some men look forward to a relationship with a lady that would be interesting, romantic and independent. If after some months and nothing happens, they get bored. They could give some warning signs and before you know it, they are gone. Some marriages are broken because no one was willing to spark up the fire again.

4. Lack Of Commitment:
Some men can't stand being in a relationship with one lady. They want to have different ladies they see. They feel its cool having 10 girlfriends that could give them good sex and help with chores. If you are dating a man that only wants sex and your help for chores, then you should start looking for a better reason to be there.

5. They Don't Know What They Want:
Some men don't simply know what they want. They just want to have everything they see. Some men would never be serious until they have made good money and are stable. Men love to be respected so they have to be at a standard point before they can get serious.

6. Due To Pretence By The Lady:
Some ladies can really pretend to be the best woman on earth while they are Jezebels in within. Some ladies begin to bring out their true colours which can discourage the men from continuing.

7. Change In Behaviour:
People change and change is constant. A lady can change for personal reasons likewise men too. A man could have his own reasons for changing which can affect his relationship.

If you have other reasons, you can add to the list.