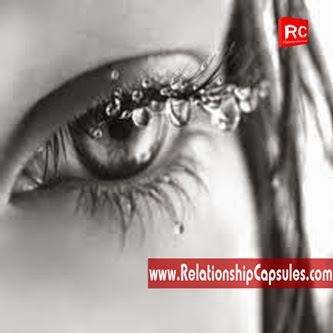 So many people are going through situations thinking there would never be a way out. Some are just lost waiting for a hope call. Some people have lost their direction. It seems there is no way out but somwhere and somehow, someone is being designed to help you out, it just isnt time yet but there is always a way out.
Sola was in a relationship with a guy she met online. They had met at the church camp face to face and had gotten so close over phone calls and chat messages. That night was like a dream come true for them. They acted like they have known each other for so long. Bidemi seemed to like her natural beauty and hoped to see more of them. They went for the service at the camp after meeting outside the gate and got talking the more. They spent some time listening to the program and sometimes talking and staring at each other.
At about 3:30am at midnight, the program was over and everyone started looking for a place to rest. Some had to sleep right inside the camp, while some walked around searching for a safe corner. Most people already had their hostels or cars to sleep in. Sola and Bidemi walked down to where the car was but there was rain. Bidemi had shown some care by giving Sola his sweater to put on her head to prevent her hair from being wet. They held their hands closely as they walk amisdt the crowd. Sola kept feeling some sparks in her hands as she held his hands, she kept wondering what was moving inside her body. She seems to feel his love was electrifying her, hmmmmn, so she thought. They kept walking and she kept observing his hands. They got to where the car was after the wet and hectic journey and landed straight into the car. The car was cold and silent. All they did was stare and talk like they had done in the car. Sola was full of smiles, she wasnt too okay with somethings but she was ready to get committed to Bidemi. They asked each other questions about themselves and their past and moved to what their future would look like. After th discussions, they fell asleep like babies who had just being cuddled to bed.
They woke up the next morning, preparing to head home. There was traffic and everywhere was jampacked. Everyone was looking for a way to get out of the camp site. So many buses looking for passengers, so many people searching for a way out. Different noises of sellers hawking gala, chinchin, icecream and drinks as usual. Bidemi was so tired but had to find a way of dropping Sola at a place that would be easier for her to get a bus heading straight to her house. It was such a nice date for them though it was in a church camp. They looked forward to seeing each other again as they bid goodbye to each other. Their journerys apart was full of memories of the camp and things that will follow after their first meeting.
Bidemi was happy to have met her and was already crazy in love with her. Sola was happy she had met a caring and fine gentleman and she was ready to spend the rest of her life with him. At a later point, they got to be seeing each other frequently and got closer. Sola had told Bidemi that she didnt want to have premarital sex and Bidemi agreed because he loved the idea too. He told her his sister has nutured him on how to maintain a relationship and to also avoid sex too. Sola felt relieved knowing she wont have to fight about it. Bidemi wanted romance to replace the idea of sex and she agreed. They kept seeing each other and their romance got to the peak, they had done pratically everything aside the normal penetration. They got so addicted to it and saw nothing wrong in it. Sola wasnt so comfortable but seemed to get along with it. Bidemi kept hoping for the day they would have sex because he couldnt control it any longer but he kept trying to respect her wish.
And then suddenly, after dating for a year with their parent consent, they started having issues. Bidemi was changing. Sola had been noticing but was acting like she didnt know. She kept wondering what she must have don She kept asking Bidemi what could be wrong but he had nothing to say. Sola kept fasting and praying, thinking it was the devil’s work not knowing it was God at work. Bidemi ignored her for 3months and saw nothing wrong in it.
After 3months of their issues, they met again. His face was still hard and she was wondering how he had changed so much. She saw him as another kind of devil but she wasnt aware of what was coming next. To be continued in the next post……..Watch out for the next episode………………