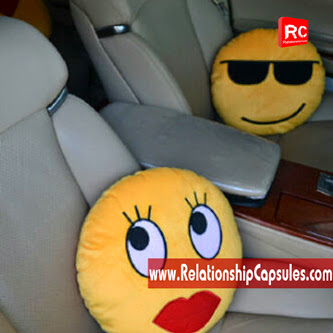 I boarded a bus going to Lagos from Benin and had a quiet time with myself. I was either listening to a message, music or playing games all through the journey. Thank God for escaping an accident and that was where everyone started talking about the incident.
“Was that bike man blind? How could he be playing on the road? Thank God our bus driver handled the steering well. That trailer would have ran ito our bus while trying to avoid a collision with the bike.” Hmmmn, thank God for that miss, I said to myself. I didnt utter a word out to them. I just kept to myself.
I never knew a married man beside me had been watching me all this while but as i attempted to alight from the bus, while waiting for the driver to open the door for me, he passed a paper to me and I was like “What is this?” I asked.
Just hold it , don’t worry. His face was furious. He didn’t want me to insult him over it. I slightly opened the paper and i saw that it was his name and phone number that was in it. And then i alighted from the bus wondering what the man had thought of. Why didn’t he talk to me in the bus? Was he scared? Did he think I was going to call him? Do I look like a lady that would have actually called him at all? I laughed sarcastically. He must be funny. At his age, he still had time to be chasing ladies. All these men that don’t stick their heart to their wife alone. May God have mercy on them o.
I must have felt it was a normal trend for married men to pick interest in ladies at any slight opportunity but I was wrong and I sure had reasons to be.
Well, if you want to ask me what I did it with the paper, I simply threw it into the bush. He only wasted his time writing his name and number. Thats a finished case though, and to the second man.
The next day, while returning back to Benin, I had boarded another bus and alighted at the junction after a safe trip. I crossed the express and searched for a cab to take me home. The rain was drizlling and I was holding a carton filled with some provisions. I gently carried it with my bag hoping to get a cab soon. As i stood by the road, I saw a toyota camry almost passing by. The man driving the car was looking exactly like my church member so I waved at him “Good evening sir” and hoped that he would offer me a ride home. I was feeling relieved but the car kept moving and later parked.
I was still wondering if he wanted to pick me up so i just stood right there with my heavy bag. I later made a move to where he parked. It was a 2minute walk down there and he patiently waited only to get there and discover he wasnt the man I thought he was.
Oh! Am sorry. I thought you were my church member. You look just like him and he was like ” I only stopped because you waved or do you feel its only your church member that can help you?. Oh! No sir. I was just explaining why I waved.
Its not a problem. Anyway, can you come in? Yes sir but I would need to keep this carton in the boot. “No problem”, he replied. He gently came down from the car and helped with my luggage and the journey started.
He was looking like a man in his 40s. I knew he was married and I kept hoping he doesn’t act like some flirty married men. But to my surprise, he said no word throughout the journey. When he got to where he was going to take a turn to his street, he asked if i could get a bike from here or he would be forced to help me down. I told him I would get a bike and he came down to help with my bag and offered me transport fare for the bike and I was shocked. He handed me money for a journey he couldn’t continue for me rather than ask about me. I just didn’t know there were still some faithful married men out there. Well there are but they are scarce.
Am driving at a point here. Don’t let us conclude on people easily. We keep saying all Men are Bad and Women are money lovers, devils etc. The truth is there are still good ones out there. They are just scarce. You need to go on a deep search to find them.
Singles out there, we still have good men and women. Stop saying they are all bad. If you keep saying that, it means your eyes will be blind to the good ones and you will also be categorized as part of the bad ones too.
The truth is that I have always come around married men so am not surprised at some of their behaviours but the experience I had with one the previous day could make me feel this man would be the same. I wasn’t too comfortable entering the car knowing he wasn’t the church member I thought of but I just felt it would go fine and it did.
Attend to people with care and humility. You may never know who you are dealing with. Take time to be good and attract the right person with your great personality. You will meet different kinds of people on this earth. Some will serve as a Blessing or a Lesson to you.
Ciao……..

1 thought on “My Close Experience With Two Married Men”