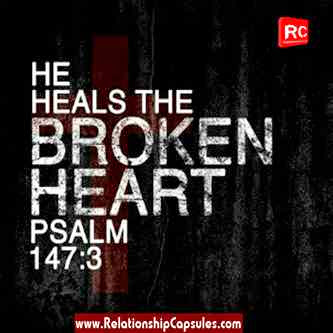 So many things have happened to us at different times in life.
Have you ever felt shattered by a bad news? Have you ever felt like your world was crumbling right in front of you? That moment you wish you could help things or change a situation but it doesn’t seem that way.
When a heart gets broken, it goes a long way in shattering the person, you will need more strength than you can think. Most bad experiences were meant to prepare us for the future. If we think down to how we started in life, we will realize that most of our experiences have shaped us. Don’t try to blame people for every bad thing that has happened, there might be a reason for them. Every disappointment is a blessing.
Sade had been raped by two men in her teenage age. She was betrayed by a neighbour she trusted. She grew up with hatred for men generally. She avoided been in a relationship for years but thank God for His intervention. She is finally married now. Sade now speaks on “Sexual Abuse”. She knows how it feels like and has been able to fight against it by God’s grace. Some experiences we had are the knowledge we needed for the future. You may not have become a good speaker or singer if not for the experience you had. Helen had a tough childhood. Her parents were so strict.She was never allowed to mix up with others. She became weird and tough towards life. She slept and woke up with tears. Her parents beat her up for any little mistake she made. She couldn’t express herself. She went to university from her home. She was over-protected. She was a born singer but it ended in her bathroom all her teenage years. She later fell in love and got pregnant. Her parent were mad with her but she saw it as a means of escape from them. Now her parent wish they had put her through. They blame her more for not been wise but lucky her, she was with a man who was ready to shapen her destiny again.
She had forced him to sleep with her by making him drunk. She was wrong to have done that but he still had a good plan for her. He made her a better woman and introduced her to christ. They got married and lived happily together.
Notwithstanding her mistake due to her past, she now has a child foundation where they teach the child and the parent on how to have an healthy relationship with themselves. What is your story? Don’t feel broken for all that is happening to you now. You would be happy you went through it someday. Are you feeling lonely or down about your past or present situation? Get up today and begin to smile for greater days await you in the future.