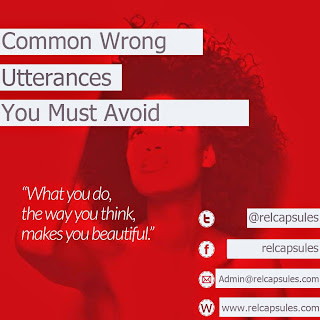 “IF I DON’T DO IT, IT CAN’T BE DONE WELL.”
This is one of the greatest mistakes we do make, we see it like if its not done by us its can’t be done well. You can do anything you set your mind to, but sometimes, you need the help of others. Teamwork is essential with certain tasks; or, sometimes, you just need the support of others to help you achieve. Only unsuccessful people think they can do everything all by themselves 100% of the time.
“AM NOT THE LUCKY TYPE.”
Many will even say things like whenever I go to occasion they just must skip me without giving me food I don’t get favour.
Say you want to apply for your dream job. But 100 other people around the country have applied, and only one person can get in. In a situation like this, this phrase is deadly.
Only unsuccessful people say this, because it’s a phrase that rationalizes letting go of your dreams and goals. One person will get that job. Why not you?