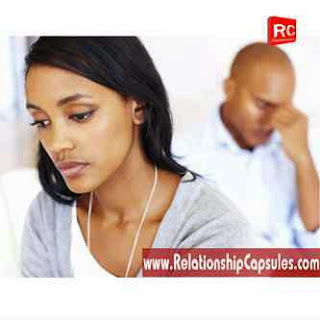 Ever wondered why men change after marriage or years of being in relationship with them? Understand the way a man’s mind works and you’ll be able to read him like a book, all the time.
Let me start by saying if he doesn’t love God he can’t love you so I want to believe you must have checked that in him that he is God loving, that is the number 1 thing, you can’t even afford to keep a friend that is not. I will be speaking from the perspective of a God loving man.
There are so many things about our minds that make us predictable and easy to understand and when you do them dear, you can keep us forever.
Sometimes, just understanding the way most men think can make life a lot easier for women when it comes to impressing a man, or even flattering him
Firstly dear, don’t try to change us to suit your whims and fancies instead of trying to change your man, read through this article to see how we think and everything will fall perfectly into place, just as long as you remember we are different from you.
WE THINK ALL COMPLIMENTS ARE TRUE
Hmmm, you might have never thought of this but dear, we men feel more flattered whenever you tell us we are cute, we look handsome, etc. If there’s one thing a woman can’t go wrong with, it’s a compliment.
Maybe in the early part of your relationship you do compliment him but because of familiarity you don’t anymore, all those times you do tell him he sings well, you like his voice, you like the way he dresses etc, they contributed a lot to the growth of his love towards you, you cant avoid to stop that, compliment him as often as you can
Almost all men think all compliments addressed to them are completely true we sincerely don’t take compliments for joke even if you are saying it jokingly. As a married woman, have you found your man butt naked and checking himself out in front of the mirror? Chances are, someone’s told him he’s got a sexy backside, probably a lady, why not take up your duty, he is suppose to get best compliment from you.
Compliment a man and he’ll never think it’s a lie. Women may think twice about a compliment, but men always believe what they hear.
Compliment a man and he’ll appreciate you for it, and think of you fondly each time he remembers that compliment.
Do you want your man to start dressing well? Just tell him he’s got good stature; just tell him his handsome and good looking. He’ll start working out just to try and retain that compliment. Keep complimenting him not minding if the relationship is a year old or 20years into marriage, you just cant imagine how powerful this is. We love compliments.

YOUR CHANGE CHANGES HIM
In dating and courting, most women are not real, they pretend a lot, most religion don’t give room for a woman to be sleeping or staying for days in her husband to be house so in that case, he might not be able to get to know the real her. The little time they spend together all she s left to do is to pretend, she pretend to be a good girl, a neat girl, that carries plate to kitchen immediately after eating, that treats partner’s friends and family with respects only to change after marriage, now she feels she has gotten him, she has the house, she can do anything anyhow, forgetting that those things she was doing then was part of the factors that helped the man’s feelings and believe in the two of them.
MEN ARE EASILY IMPRESSED
You may find this ridiculous, but it’s so true! Men may know it and even be wary of it, but they just can’t help it. Men are easily impressed by women who flirt back with them or exchange a flirty smile. All men think women who reciprocate their moves or at least acknowledge it are the nicest and prettiest women on earth. Want him to do you a favor? Just bat your eyelids and smile.
But this doesn’t end with just single men, unfortunate some women are too spiritual, Even if you’ve been married to your man for a few years, just flirt with your man or tease him into submission. He may hate you for the manipulation, but he’ll still love you for your teasing and flirting.
Most men think they’re intellectual and deep, but they always fall for looks over anything else. Men are completely visual. It’s always been that way since men could think. Now what may seem attractive to one man doesn’t always have to be attractive to another, but it always comes down to infatuation at first sight for all men. But at the same time, infatuation and love are two completely different emotions for men.
So as a married woman, the next time you want to get that second glance or make your man listen to what you have to say, dress sexy. He may drool a bit, but he’ll still listen to whatever you have to say.

MEN THINK THEY ARE THE PROTECTORS
Men think of themselves as the protectors. Ever since the primate days, men have always been the hunters and the protectors while women have been the foragers and the nurturers. Rekindle that instinct in a man and he’ll love you for it.
Men love pleasing women, give him a chance to help you and he’ll fall in love with you more for making him feel like a man. He compliments you and you shun him, you got his feelings wounded. I personally dislike it when I sing for my woman and she make me feel she doesn’t appreciate it or get carried away by something else no matter how many times she had made me feel appreciated in the past, hey don’t ask me if she does it or not. #lol
RESPECT AND HONOR HIM
Men have always been the breadwinners and the ones who play a dominant role in the relationship. And when the tables turn and the woman plays the dominant role of a breadwinner, most men feel emasculated and vulnerable. When a man’s wife earns more than he does or yells at him in front of others, he can’t help but shrivel up or end up wanting to have an affair just to feel powerful again. This may make men seem like chauvinistic pigs, but it’s just the way they are.
If you do want to keep your man happy in the relationship even if you’re earning more money than him, never make him feel like he has no say or control over the relationship. Emasculating a man will only drop his libido and his interest in you.

USE HIS EGO AS BENEFITS
We men think we’re strong, but we aren’t, at least not inside the head. Men have epic egos, but those egos can be shattered easily. And once it’s shattered, it takes a long time for us to nurse our ego back to life.
Don’t ever shatter a man’s ego, he’ll hate you for it. And eventually, it’ll be the both of you that suffer in the relationship. He may sulk or pout after a ego shattering experience, but help your man-child nurse his ego back to life, and you’ll have a happy relationship where he’ll helplessly depend on you to make him feel like a better man.
“Sometimes just ask, ‘What is at stake here? My feminine pride or his male ego?” its better when you let him have his ego.”

In conclusion, the motive of marriage is very important, its unfortunate that many marry for so many wrong reasons, it will surprise you that some people marry even because of their partners parents, maybe because they are rich or they have influence, some marry because they want to bear children when they couldn’t the love fade out and even when they do, their children takes the place of their spouse , some because the dude is rich, some because of beauty all this are wrong reasons to marry. Its being discovered that no matter how beautiful she may look or how handsome he looks, it only last in your eyes for maximum of 1year in a marriage, after a year, the beauty or handsomeness fades away then the real person takes its place. Haven’t you wondered why beautiful women still get divorced by their husband? My dear, his tired of that beauty, he needs something else. Don’t marry because of wrong reasons. Study to show yourself approved says the Bible.

I dedicate this article to my friends who are getting married July 19, 2014. Solomon and Rose, may God bless your marriage and give you joy in it.
Don’t forget to join us for JULY EDITION of the ONLINE SINGLES CONFERENCE live on twitter and facebook simultaneously.
Date: July 11
Time: 7:30pm
Venue: Twitter: @relcapsules
Faceboook: relcapsules
Theme: #FindingTheRightPartner
Host: @folayemiITUNU and @NikeAdedokun
God bless.

1 thought on “WHY MEN CHANGE IN MARRIAGE”