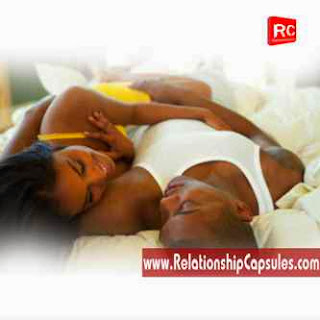 In as much as ladies want to be understood, Men want to be
understood too. There are some things guys expect ladies to understand and bear with. Below are few things that Guys wish Ladies knew about them:
1. Men love hanging out with friends:
Ladies need to understand that one of their close rivals with their boyfriend is their friends especially childhood friends. They always wanna talk,eat and hang out together and Men expect their girlfriends to understand these and get used to it. Spare them sometime out of the day and let them be around these friends of theirs. No argument about it.
Stop trailing him around.
2. Most Men loves football: For lovers of sport, football is one of the things that takes Men’s time, they could be around
you the whole day but when a matching is starting, get ready to feel bored because he would either watch it with his friends or respect you and stay home to watch it. But if he doesn’t
have the means to watch it at home. Goodluck to yourself,its either you join him or you remain at home. Lol.
3. Men Hate too much Questions:
Most men tend to be quiet and hate being disturbed over irrelevant topics. The minute he is not giving you hearing
ears,then it means you should drop the questions. When you keep nagging about it,get ready to have a boring day to yourself because you will spoil his mood with that. For the married, a man would not want to come home from a busy day at work and you start questioning and nagging too. Men hate it. They don’t like when you question their movement, mind, decisions etc . Just let them be. They are the Man of the house. If you are to question them, do it stylishly with wisdom.
4. Let the table always be ready:
Men don’t play with their stomach. Food is paramount so know when its time to eat before talking. Especially for the married,after attending to his
clothes and bags,the next thing should be his food. An hungry man is an Angry man.
5. Appreciate them too: Learn to appreciate his little efforts. Return the surprise package. Show some love. Its not only Men that gives gift. Give little gifts too. It could be boxers, singlets ,briefs, body spray etc. Do something. Compliment him for what he does ,how much you appreciate his presence in your lives and so more
6. Men Love to be respected:
One thing a man doesn’t joke with is earning his respect. If you are the type that keeps disrespecting him, he would get more angry with you, so watch it!
7. Men are committed to their work:
The truth is that , a man feels in charge when he makes good money, have a good name and is well respected. Men don’t take their work carelessly. They are serious minded with it. So you have to know that their job is as imprtant as you are too.
8. Men are Concerned about your looks:
Men love women who know how to look good but not too flashy. If you are the type that doesn’t care about being neat and good looking, he would definitely not like that aspect at all. They want you look presentable and classy to their friends.
9. Men fear temptation:
A man can hardly control himself. Seriously, if you don’t want him all over you, then you should mind the kind of dress you wear and the likes. If you tempt him, get ready to flow with the result.
10. Men Love their privacy:
Well some men keeps some secret while some don’t. One thing is sure, men don’t like you going through their phone all the day. They don’t want you checking everywhere for facts. They just want you to trust them and leave their privacy. So be careful ladies.
Men, any other thing I missed? Let us know………
Thanks for Reading.
Don’t forget to follow us on twitter :@relcapsules
Like our Facebook page: www.facebook.com/relcapsules