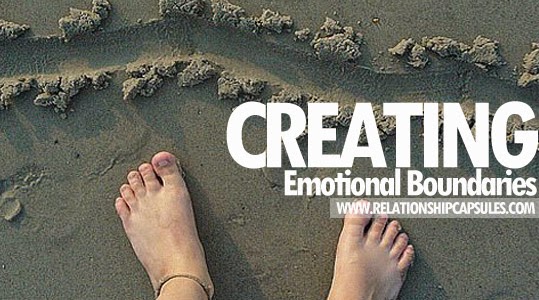 One thing I have gotten to realize is that, sometimes in life and in our relationships with people, we get emotionally attached to people for no reason and all we want to do is to spend our lives with them.

Five years ago I found myself admiring a guy on my street. He was the typical type of man a lady wants, the tall, dark, cute, rich and handsome boo. He was the every girl choice and they were all after him. Well, he got the attention but was yet to notice me. I noticed him quick because I saw him with every other babe but I wasn’t usually available for him to glance at. After few weeks of creating an opportunity, he finally got to talk to me, and seriously, I presented the chance myself so I was simply positioning myself like Ruth did but he wasn’t a Boaz , he was a Bozo.

We got talking and somehow we became the closest. I was referred to as his wife jokingly but I kept wondering why I became his choice , well, that got me extra excited! Young girl like me had his thought in my head all the days that I knew him and I did everything to present myself BLAMELESS and PRESENTABLE to his sight. I did all the ACTS a lady can do in the CHRONICLES of the lovers game. I sang the SONGS OF SOLOMON and it was an EXODUS from a mere imagination to reality. I was finally close to him. That was the genesis of my breakdown. Let me pause here.

There are so many times we get attached to people and the only thing we think of is how to spend time with them while ignoring every other aspect of our lives. We get blind to their hideous attitudes or game and just flow. We give them reasons for every funny attitude. We just want to be with them anywhere, anytime and anyday.

Am not saying you should never like a person but sometimes these likeness forms even when you are in a relationship or even married. You need to guard your heart at all times. Some people get emotionally tied to someone who is dangerous and never bother because they are blinded emotionally.

Some people get attached to luxuries, that means they get emotionally close to a person who can give them what they want or are attractive in one way or the other but some people alsobget close to people that are not even attractive to them. It just happens, and they think it’s love. Sometimes we get attached to people we spend most of our time with, our friends, colleagues, neighbor et al. It just depends on how the strings got knotted.

I wasn’t just attracted to him but I was mesmerized by the fact that he was everywhere and I wanted to play the wanted game. I needed to beat the rest to have a man like him and yes, I did! That doesn’t stop the fact that I later knew his girlfriend, also found out that he was always arrested by the police, I just didn’t care. I later found out that he had a hidden agenda for every single girl on the street. *Lips sealed*.

Some girls get attached to a guy and the next thing they do is to boldly walk up to his THRONE and ENTHRONE him into their life. That’s why you need to watch how you hunt a man.

Emotional attachment just doesn’t go like that. It makes you crazy. Love is not blind. Lust and obsession is. It makes you take irrational decisions. You waste your life trying to please them. You place them like a god or idol in your heart. It has happened to most of us at different times. You could even be experiencing it right now. You have found yourself so close to a person and you feel you would be a perfect match.

Most people get married or go into a relationship due to the emotional attachment and not love. That’s why some people wake up one day and wonder how they met their partner.

It is even worse when you are close to the person in the same neighbourhood. You just can’t miss their face. It leads you to satisfying sexual pleasures.

Sometimes it even happens to people who suffer in their relationships. People who don’t get the attention they really need. They end up getting it outside the zone. Sex can also get you tied to a person even when the relationship is posing great danger to your life.

So what do you do?

Define every relationship in the welcoming stage. Don’t get too close for no reason. Know when to step back and think. Avoid being too close to someone except your partner. Get involved with things that can keep you busy. Talk to someone about it that can help you. This is just a few way but the truth is that it can’t fly away like a bird so fast. It is gradual but I would rather advise you, don’t start what you can’t finish.

If you are in a relationship, talk to your partner and spice up your relationship before you end up outside.

Have you watched “The secret confessions of a Marriage Counsellor” By Tyler Perry. Picture that and zoom out your lessons.