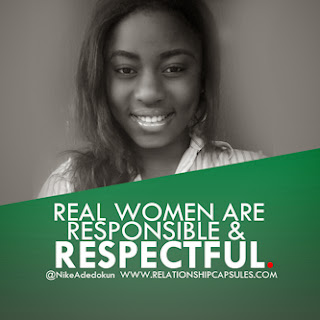 So many men out there feel their wives should end up in the kitchen. They feel women should have no career. They don’t want their wives to go to any office or the likes. But how is that possible? I think its pure selfishness.
Sorry to say but that’s my view. Its on the high side for men to think they can just control their wives all in the name of “Wives should be submissive”. Well, that should be in the Lord and right ways not in selfish forms.
Why would a woman spend years in school and universities, cracking her heads, reading so hard(that’s for the serious minded though) and end up in the kitchen. What would you even say to ladies who had to use their body to pass their exams(pity on their mentality though), so such ladies would still end in the kitchen too. Oh! You are joking!
It shouldn’t work that way. The bible says women (wives) are helpmeets to their husbands. Have you not read proverbs 31:10-31? What kind of woman was that referring to? A virtuous woman. So what does she do? Sit in the kitchen with chores and food all day? God forbid!!
She is your helper and should prove to be one. It doesn’t matter how rich you are, your woman should still have a small office. It could be a shop of hers or job where she closes early. You don’t need to store all her knowledge in the sieve-baskets and pots. No, you are just packing it right into the bin!
Its only a selfish man that does that. I even learnt some men are scared of their wives earning more than them. Why get scared? Though some women can be rude and disrespectful, but why marry such woman(laughing out loud. Yeah, some women change too). That act just shows your self worth. It is only a man that feels intimidated that thinks like that. Whether she earns more or not should not reduce your ego. Be a man about it.
I think its just an African mentality and its not good enough. There are so many cultures that are against women. It should be stopped. Some traditions are cool but should not be too extreme against womanhood.
A virtuous woman is a woman that attends to her home well. Supports her husband in several ways too. I love the way Proverbs 31 laid emphasis on a woman’s act.
Read verse 24, it says that “She maketh fine linen and selleth it and delivereth girdles unto the merchants”. This really means a woman can run her business too. Why discourage her?
Some men are just scared and full of traditional ways. They think they should control their wives and never let her talk or contribute. It should not be that way. You can let her work, especially in a place where she can close early and tend to the home. If you don’t want her getting stressed up with office work, then you can open up a business place for her.
This is my own opinion on women’s right in her home. I await your comments.

1 thought on “Should Women Really End Up In The Kitchen? Read more here…………..”